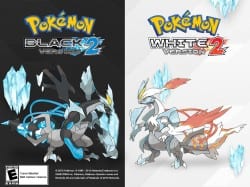 The upcoming Pokemon games for Nintendo DS, White Version 2 and Black Version 2, will feature a game mode called Pokemon World Tournament which will include tournament-style multiplayer gaming as well as the ability to battle Gym Leaders from previous  Pokemon games, such as Lance, Champion from the Johto Region, and Volkner, Gym Leader from the Sinnoh Region. A select number of players will be selected to play in the 2012 Pokemon Video Game World Championships