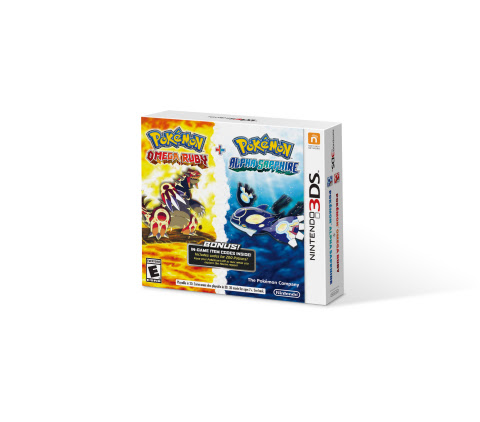 If you were considering getting both Pokemon Omega Ruby and Alpha Sapphire, Nintendo will be releasing both games bundled together as part of a Dual Pack.

The pack will contain both versions of the 3DS remakes, as well as a code for 100 free in-game potions for both games. The pack will cost $80, roughly the equivalent of buying both games separately.

The Dual Pack is a US-exclusive offer, and will launch when both games do on November 21st.