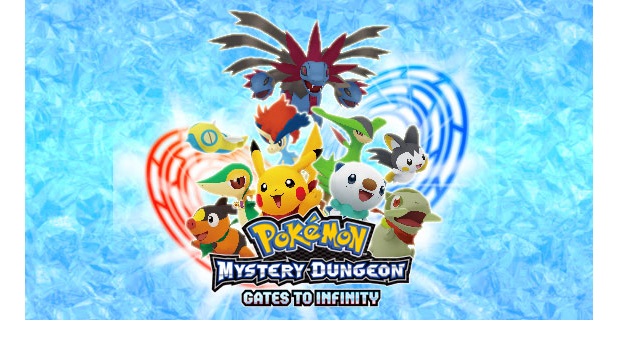 Pokemon Mystery Dungeon: Gates to Infinity  is set to release on March 24th. Gates to Infinity is the 8th installment of the Pokemon Mystery Dungeon spinoff series, and introduces a new gameplay element: Magnagates. Magnagates allow players access to new dungeons, and can be discovered by using the Nintendo 3DS camera to scan everyday circular objects.

While playing as one of five popular Pokémon, players travel through a near-infinite amount of randomly generated Mystery Dungeons, battle and recruit other Pokémon and collect hidden treasure.

Gates to Infinity launches on the same day as the Nintendo 3DS XL Pikachu Edition, and Nintendo is offering an incentive for gamers to purchase both at the same time. Anyone who registers a Nintendo 3DS XL and either Pokemon Mystery Dungeon: Gates to Infinity or Luigi’s Mansion: Dark Moon with Club Nintendo will receive a free code to download any one of the titles: Super Mario 3D Land, Professor Layton and the Miracle Mask, Art Academy: Lessons for Everyone!, Star Fox 64 3D or Freakyforms Deluxe: Your Creations, Alive!

Pokemon Mystery Dungeon: Gates to Infinity will be available exclusively on the Nintendo 3DS,  and launches with the suggested retail price $34.99.