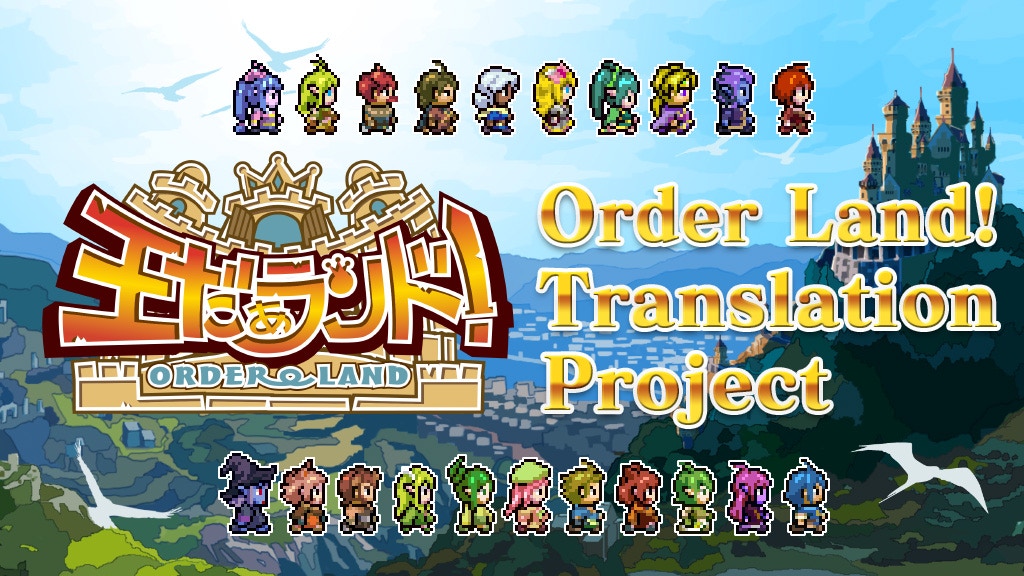 Today, Japanese developer Poisoft released a Kickstarter campaign for an English version of the action-adventure/simulation/RPG hybrid Order Land, which will be planned for release on Nintendo Switch, PC, and Xbox One. The campaign will run until next month with a planned funding goal of 5 million yen (or a little under $45,000).

“Order Land!” is mixed 3 things which are Simulation, Adventure and RPG together. This is on sale at Nintendo switch and Nintendo 3DS in Japan. By play these modes, you can enjoy the same world from different angles and different standpoint!

“King mode”: We would like to say that this mode is “Open world but can not move from the chair”. The king you control does not move even a step from the Throne, but you will have impacts on the vast world.

“Hero mode”: In “Hero mode”, you will control a Hero in “Order Land!” world; you can enjoy traveling as much as you want. Of course, you can manipulate the original Heroes you created.

“Training mode”: In the “Training mode”, you can create a youth character who want to be a hero. You can travel the vast world with unique friends for becoming a true hero. The hero you created could be appeared in “King mode” or “Hero mode.”

“Others”: There is an online mode in which you can upload your own heroes, and download the heroes who made other players, and you could fight them in the Colosseum.

From the looks of it, it seems that King Mode follows something along the lines of Little King’s Story or Final Fantasy: My Life as a King, which could make for some pretty entertaining simulation gameplay. There are many different tiers of Kickstarter rewards, from a download code of a Switch, PC, or Xbox One version of the game at around $9 (1,000 yen), to designing a “new Devil King” at around $9000 (1,000,000 yen). Of note is a Japanese Nintendo 3DS pre-loaded with all of Poisoft’s games and themes for the handheld at around $445 (50,000 yen).

If funded, the English version of Order Land will be released on April of next year on Switch, PC, and Xbox One. A PlayStation 4 version is also planned at 6,000,000 yen. The Kickstarter campaign will run from today until November 11. Stay tuned for more news here on Gaming Trend.