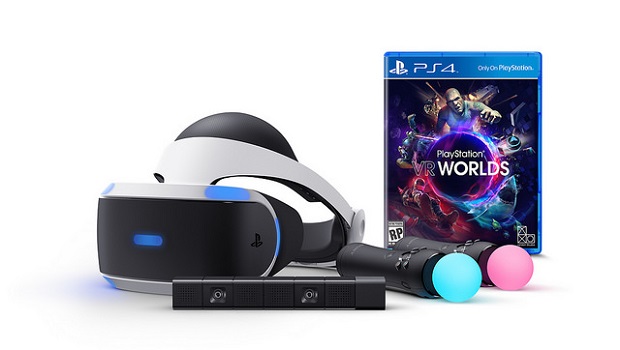 Sony has announced plans to launch a bundled version of the PlayStation VR headset featuring all the peripherals necessary to get the most out of the device.

The Launch Bundle will be available for pre-order on Tuesday, March 22nd, at 7am PST, for $499.99. Those who already own the PlayStation Camera or Move controllers with no desire to purchase them again will still be able to buy the headset on its own for $399.99, but Sony also confirmed on the PlayStation Blog that it has no plans to put that standalone headset up for pre-order between now and its October launch.

Those who are unable to pre-order the PlayStation VR launch bundle next week will have another opportunity to do so during the summer, but Sony gave no specific dates for when this will take place.

After the PlayStation VR launches in October, Sony says that over 50 games will come to the platform between its launch and the end of the year.