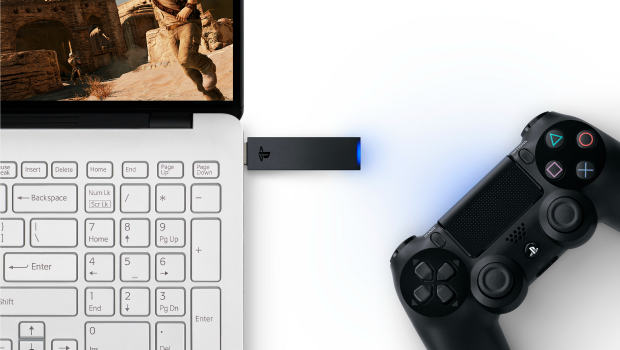 Announced via the PlayStation Blog, the PS Now PC app will be launching first in Europe followed shortly by a North American release. Though no official launch date was given, the streaming service is expected to become available “soon.”

Sony also announced the DualShock 4 USB Wireless Adaptor, which will be available at retail in early September for $24.99 US. The wireless adaptor will be compatible with both PC and Mac — though PS Now has not yet been announced for Mac — and will enable functionality for all of the Dualshock 4’s features, including the touch pad, light bar, motion sensors, and stereo headset jack.

Recommended specs for running PS Now on PC were offered in the blog post:

Additionally, a minimum of 5Mb/s internet connection will be required to use PS Now on PC (same as PS4, Vita, and compatible smart TVs).

PlayStation Now first came to non-console hardware last year with its launch on Samsung smart TVs and BRAVIA TVs. The subscription service is currently available for $19.99 per month or $44.99 for every three months, offering an extensive catalog of PS3 games like Uncharted, God of War, Journey, and The Last of Us.

PlayStation recently sent out invitations to various news outlets to an event called the PlayStation Meeting, where it is rumored the PS4 Neo will finally be revealed along with a new PS4 slim model.