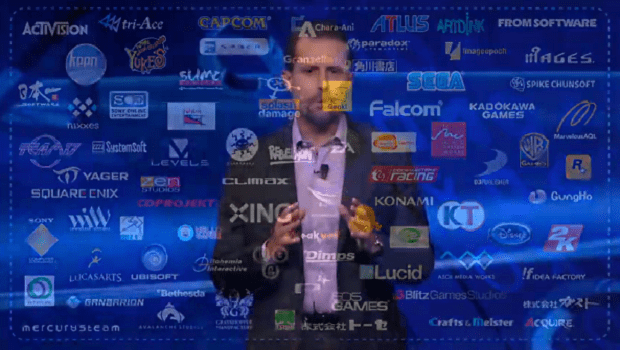 The gaming world is abuzz with news from last night’s big PS4 announcement. While most of the focus is being placed on what Sony revealed about their next-gen console, there were a couple big things that they didn’t detail at all; the actual console itself, and whether it would feature the kind of anti-used game technology that’s been the subject of console gamers’ speculation and fear. Well, we might not get a look at the PS4 itself until E3 but at least we can resolve that second issue. The head of Sony Worldwide Studios Shuhei Yoshida has told Eurogamer that the PlayStation 4 will not block used games.

In response to a question about physical game discs having value after the initial purchase, Yoshida said, “That’s the general expectation by consumers. They purchase physical form, they want to use it everywhere, right? So that’s my expectation.” Later in the interview he confirmed, “So, used games can play on PS4.” And the patent linked above? Not related to the PlayStation 4 at all, according to Sony.

This is great news as far as I’m concerned and it really puts the pressure on Microsoft, who are reportedly considering single-use activation codes for 720 games to curb the secondhand market. If Microsoft goes ahead with this plan, will gamers abandon it in protest? Will publishers flock to it, to make sure they get a guaranteed cut of every game sale? Or will Microsoft just come to their senses, and follow in Sony’s footsteps on this issue? Time will tell.

UPDATE: Eurogamer also reports that Sony has confirmed that the PS4 will not require an always-on internet connection to play.