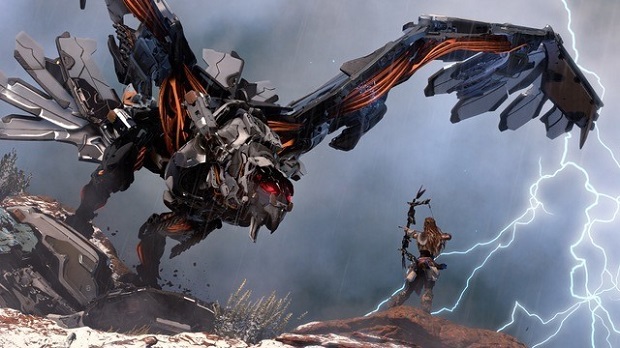 Guerrilla Games has confirmed that Horizon Zero Dawn won’t feature any sort of gunplay when it comes to PlayStation 4 next year.

Speaking with Edge Magazine, Guerrilla’s Mathijs De Jonge explained that this decision came from a desire to make the player feel primitive and under-powered compared to the machines they’ll face in the RPG, fearing that using guns would just make Horizon feel like a cover shooter.

“What we saw with these prototypes was that as soon as you give someone a machine gun, it’s just spray and pray,” he says. “It just becomes a cover shooter. We wanted the player to feel primitive, so we decided that the tribes would have very limited knowledge of technology. They don’t understand what’s going on with these machines, or how they work.”

Horizon Zero Dawn was revealed at Sony’s E3 press conference back in June, and we came away very impressed with the game’s showing.

For more on Guerrilla’s new IP, check out our preview from the presentation of the game we saw at E3.