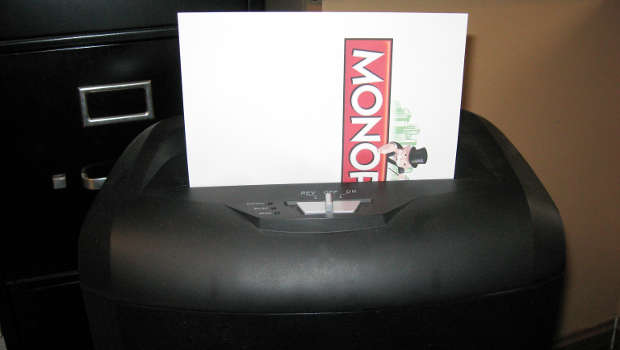 Eat This, Not That! is one of the bestselling books of the last decade. In its pages, you learn how to eat better. Now before you panic, Gaming Trend is not turning into a recipe site. But what we ARE about is gaming, so here is your better game buying guide: Play This, Not That!

Monopoly = Old and busted. Plus, they’ve scraped the bottom of the barrel with licensing. Can Duck Dynasty™ Monopoly be far off? Instead of boring real estate and utilities, Airlines Europe puts players in charge of air routes in (as you probably guessed) Europe, where you drive up stock prices and try to corner the market in the airlines you own. No lucky dice to roll, just your smarts and inner channeling of Gordon Gekko.

Play King of Tokyo, NOT Yahtzee

Giant, radioactive monsters OR a scorepad? Go with the kaiju! Storm into Tokyo, wreak havoc, attack other monsters, and grow an extra head or two. Three rolls of the dice let you choose attacks, lifepoint restoration, energy to power and mutate your monster, and victory points. Special cards you buy with energy grant additional super-powers and carnage. Six of a kind will never be the same!

Play The Resistance: Avalon, NOT Clue

Who would you rather be: Professor Plum or Merlin the freakin’ magician? In The Resistance: Avalon, you are drafted to the team of King Arthur or to the team of Mordred, Arthur’s bastard child. All of Camelot hangs in the balance, as you either battle to complete quests or to sabotage them. Oh, and no one’s completely sure who is good and who is not, but you better deduce who’s who before time runs out! Toss in Assassins, Oberon, The Lady of the Lake, Morgana, and even Mordred himself, and you’ve got enough deception and counterdeception to fuel your own medieval Cold War.

Actually being able to see your own brightly colored cards and play them in the right order is for pansies. What if you have no idea what your cards are but can see everyone else’s? Hanabi is 2013’s Spiel des Jahres winner for best game. In it, you work cooperatively to recreate stacks of colored fireworks in the correct order by giving others clues to card color or value. One mistake, and the display gets closer to blowing up in your face. And yes, there are multicolored wild cards for use by true pyromaniacs.

Wouldn’t you rather try to balance a gold-laden treasure chest on a storm-tossed, tall-masted ship than pull a block out of a pile? Short answer: HECK, YES! Which is why you need Riff Raff, a beautifully made wooden game from German publisher Zoch Verlag. Your gimbaled ship pitches and yaws with each item you add to its rolling decks and rigging. A little pricey, but you’re a person of culture and taste and haven’t barfed at sea since that long ago indiscretion involving a narwhal, clock, and slab of bacon.

If you’re sick to death of bunkering in Australia, try entering a cramped, mythical world while fighting off a horde of Flying Giants instead. Or Dragon Master Elves. Or Berserk Amazons. Well, maybe you would prefer not to fight off the Amazons. Anyway, Small World provides all the guts and glory of Risk without the risk of downing an entire bag of Cheetos and a six-pack of Mountain Dew while you wait for something, ANYTHING, to happen on the board. Plays in less than 90 minutes with five players. Best of all: Small World has got expansions out the fantasy wazoo, so the fun can grow and grow.

All you need to know about the superiority of Wayword over Scrabble is that you can teleport in Wayword. Ding, ding, ding! We have a winner! In Wayword, players create the board of letter tiles and jump their pawns from tile to tile to create words. It plays faster than Scrabble and is 10 times the fun without any loss of obscure word mania. Have fun and flaunt your vocabulary at the same time.

Play The Duke, NOT Chess

Want your feudal-themed abstract game without all the been-there, done-that of Chess? The Duke mixes up piece movement and gives you the power to control your armies your way AND with post-move change-ups  to drive your opponent nuts. Even better, The Duke lets you alter terrain on the board for a more immersive wargame feel. Welcome to the 21st century, Chess! The Duke is you².

Face it, Trivial Pursuit is almost always won by people who memorize useless facts. How about a game where the winner makes the best bets on what that brainiac knows? A few betting chips and a little Lady Luck, even if you flunked your freshman year of high school–twice!–you can still win a trivia game. That game is Wits & Wagers, and it has won more game awards than any other party game. Find out why!

Yu-Gi-Oh! is the best-selling collectible card game of all time, with over 26 billion cards sold. Yeah, you read that right. But popularity doesn’t mean good, as we people of refinement and taste well know. Which is why you need to check out Seasons. Not only does it feature art that  looks like a Yes album cover, but it has all the same attack and defend card madness of Yu-Gi-Oh or that other wallet-draining collectible card game, Magic: The Gathering. Get the fun and stay solvent. Great-looking, with deep gameplay, and the coolest, chunkiest dice you’ll find in a modern game: Seasons.

Play Confusion: Espionage and Deception in the Cold War, NOT Stratego

In Stratego, your foe’s pieces are visible, but what they are is a mystery. In Confusion: Espionage and Deception in the Cold War, your foe’s pieces are visible, but what YOURS are is a mystery. You’re not even sure how your own pieces move, but you know your opponent’s. Meanwhile, both of you are struggling to move The Briefcase to the drop zone to win. The U.S. and Soviets battle in this thriller MTV Geek chose as the best game of 2012.

Play Bugs in the Kitchen, NOT Candyland

Being the kid-loving, kind-hearted person you are, you can’t forget the little tykes. So why buy your favorite kid(s) a one-way ticket to Snoresville? Get Bugs in the Kitchen instead. It includes a HEXBUG® nano® that scampers around the board while you twist gates shaped like knives, forks, and spoons so that little pest (the HEXBUG, not the kid) goes into your trap and not the other players’. As much sugar-free craziness as the little darlings–and you–can handle.

There’s your dozen games better than the old standbys. Now that you know what to buy and play, go dazzle your friends with the power of your board game brilliance!