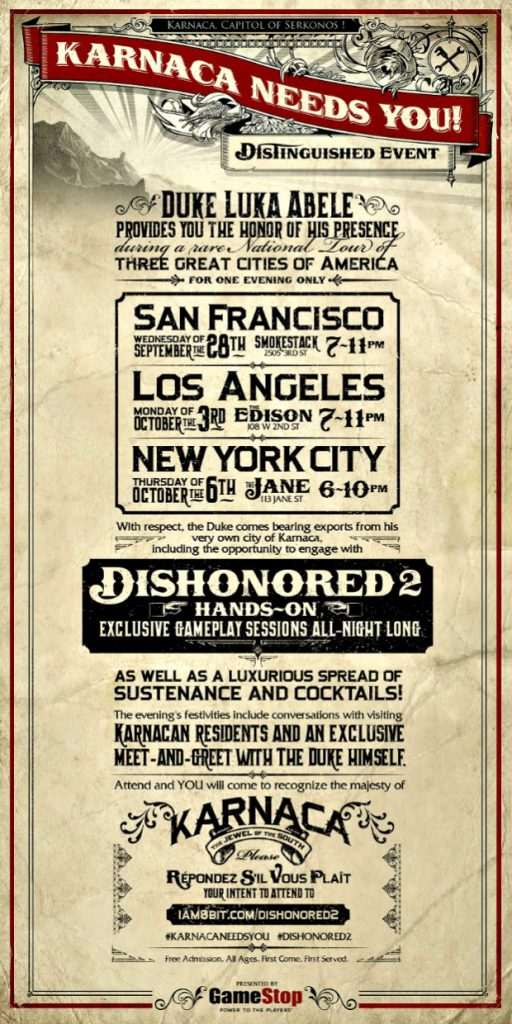 The events will be held in San Francisco, Los Angeles, and New York City on September 28, October 3, and October 6 respectively. Admission is free, but will be provided on a first-come first-serve basis. You can RSVP for any of the three events here.

In addition to hands-on time with the upcoming stealth-action game, attendees may also take part in a scavenger hunt, T-shirt giveaways, and will also have a chance to win a Dishonored 2 custom Xbox One or PlayStation 4.

Dishonored 2 will be released worldwide on November 11 on PS4, Xbox One, and PC. If you don’t have a chance to check out any of the events, check out some of these gameplay trailers.