One of the first games I ever remember playing on the Atari 2600 was Pitfall!  Somehow this company called Activision was able to create a figure that looked like it was running, swinging over pits, and jumping over scorpions, all while getting bars of precious metals.  While Pitfall Harry has been seen on other platforms, he is now making an appearance on the iOS.

The iconic Pitfall Harry® is in peril yet again, 30-years after his namesake Atari 2600 video game cemented ‘jump-and-run’ as a fixture in gaming history.  Activision Publishing, Inc., a wholly owned subsidiary of Activision Blizzard, Inc. (Nasdaq: ATVI), is celebrating the cherished franchise with the launch of a new Pitfall!™ App for the iPhone, iPad and iPod touch, available now on the App Store. Inspired by the original 1982 classic, this modern incarnation features thrilling new environments and twists on classic Pitfall! gameplay that will appeal to fans of all generations.

The game looks surprisingly good.  Check out the screenshots to see for yourself. 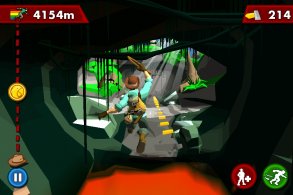 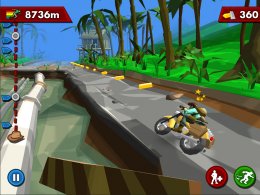 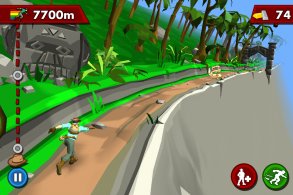 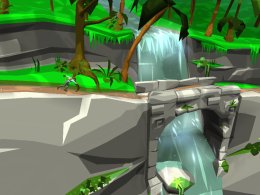