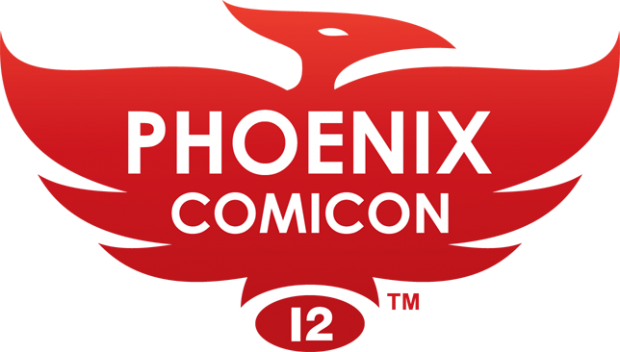 First held in 2002, Phoenix Comicon has grown from a one-day local convention of 432 attendees to one of the nation’s largest pop-culture conventions. In 2016, roughly 106,096 attendees walked through the halls of the multi-day convention. Traditionally, PHXCC has encouraged members of the local geek community to volunteer their time and labor at the convention in exchange for free entry to the convention and other small forms of reimbursement.

That has drastically changed as of December 29th, 2016. In a statement issued to the volunteers and staff of the convention, PHXCC Director Matthew Solberg described the new changes to the volunteer policy (emphasis added).

“Blue Ribbon Army (www.blueribbonarmy.com) formed as an unofficial Phoenix Comicon Facebook fan club in 2013.  It now has over 11,000+ followers on Facebook and has organized fundraising events for local charities the past few years. This year they have formally become a registered 501(c)7 nonprofit social club that requires memberships and dues, with the goal of offering more social activities to give like-minded geeks a place to meet friends. Blue Ribbon Army has announced three preliminary membership levels beginning at only twenty dollars per year, with certain benefits associated with each level of membership.  One such benefit will be the opportunity to be staff members for Phoenix Comicon. (We use the term “staff” as all-encompassing regardless of specific position title, whether it is someone completing a four hour shift or someone who has greater responsibilities and management of a team).   Individuals are able to be members of Blue Ribbon Army without having anything to do with Phoenix Comicon, of course, and the Blue Ribbon Army Facebook page remains open to those who wish to join. This does require those who wish to continue to be on staff to become a dues paying member of Blue Ribbon Army, with annual memberships beginning at twenty dollars for 2017.”

In the document, Solberg enumerates as to some of the reasons for the change in policy including enabling easier headcounts of volunteers, preventing volunteers from obtaining an event pass but never showing up for their scheduled shift, or simply eliminating redundancy in volunteer teams created. He further states, “As we move into 2017 with our shift to utilizing the Blue Ribbon Army for our staffing needs, we are following a trend that others began, namely Wizards of the Coast’s decision to work with a non-profit for their Game Master needs.  How shows such as Phoenix Comicon have operated is changing and I believe that any convention that does not adapt now will face difficulties in the years to come.”

In a second press release it was reported that, “Earlier this year, principles[sic] at Square Egg Entertainment and Blue Ribbon Army met to discuss a possible partnership for event planning, promoting Blue Ribbon Army, and offering added incentives for those currently assisting with Phoenix Comicon. In response to these meetings, Matt Solberg, Matt Hinds, and Jen Hinds collectively formed a social club and applied for 501(c)(7) status for the Blue Ribbon Army Social Club, incorporated March 15, 2016. Board members of the social club are Matt Solberg, Joe Boudrie, and Matt Hinds. Matt and Jen Hinds are the President and Vice President of the club, respectively.”

A quick search on the Arizona Corporation Commission’s publically available records shows that the Blue Ribbon Army is indeed a registered non-profit corporation. A single name is listed under the directorship of the organization: Matthew Solberg. Mr. Solberg is similarly listed as the manager of Phoenix Comicon (a registered for-profit corporation), along with Square Egg Entertainment… another for-profit corporation with Mr. Solberg as the sole name listed as both CEO and Director. None of these organizations lists any other individuals in their documents of incorporation.

The change in policy might be of little note to Geekdom at large, but when you dig into the subject matter, you learn some interesting things. Within the previous year, lawsuits have been brought against both Emerald City Comicon and Wizards of the Coast (publishers of both D&D and Magic the Gathering), as well as the popular ride-sharing services Uber and Lyft. These class-action lawsuits were filed by groups who had provided their time and labor to various events (or were working as ‘independent contractors’ in the cases of Lyft and Uber drivers) and were requesting back-pay for the work provided. In both cases, the suit alleges that the defendants knowingly violated state labor laws which require that all employees be paid no less than the minimum legal wage. At issue is the question, “What is the dividing line between an employee and a volunteer?”  As one example, in the lawsuit against Wizards of the Coast many of their judges cited the following requirements as evidence that they were being treated as employees of the company and not volunteers: Requiring the administration and oversight of Magic gameplay, evaluation and training of other Judges, acting as representatives of WotC to both retailers and players, and scheduling requirements in order to maintain Judge certification.

Though final verdicts are still forthcoming in these cases, many experts have speculated that the results may mean that conventions and gaming companies will no longer be able to rely on the volunteer community to provide free labor to staff their events. At the same time, non-profit entities are unable to maintain their status as such an organization when their labor is used to create material benefit to a for-profit organization. The questions surrounding Phoenix Comicon’s change in policy leave many questions unanswered as to the current and future relationships between for-profit entities and the fan community.

What are your thoughts?  Tell us below in the comments.

An edited version of the full press release can be found at:
https://docs.google.com/document/d/1hgOxsAbkcFTfaCUAre-pxp1UO_nsEUO5i-z3q7Nr0II/mobilebasic
Additional press release:

http://thegeeklyfe.com/phoenix-comicon-requires-volunteers-pay-work/
Further material can be found at: