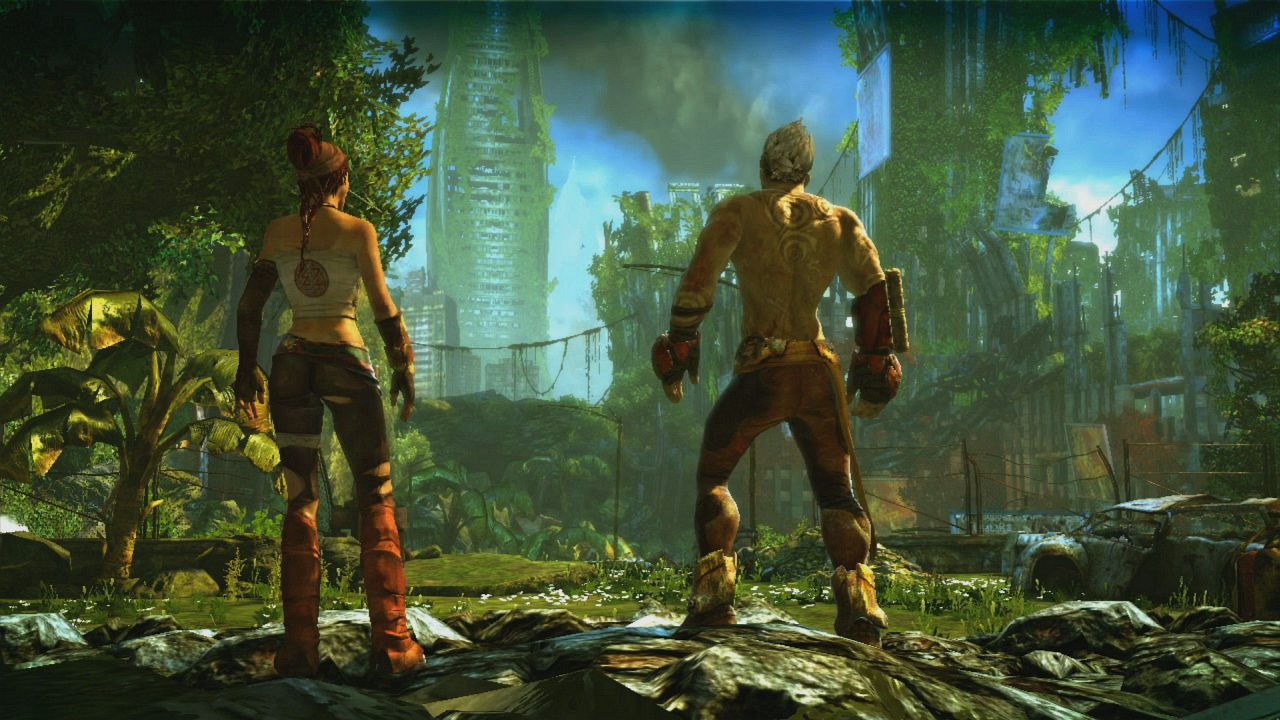 If you know anything at all about ancient Chinese literature…you probably Sun Tsu’s “The Art of War.”  But if you know two things about ancient Chinese literature, you’ve probably heard of this little book called “Journey to the West.”  Well, one of the more recent adaptations of that classic is a 2010 charmer called  Enslaved: Odyssey to the West. Originally locked to the consoles, Enslaved is finally making its way to PC via your favorite digital distribution platform!

Developed by Ninja Theory–better known of late for the DmC reboot–Enslaved was a solid B-level action game that got a boost from its stellar art direction and cast.  Andy Serkis–best known as Gollum–takes the lead, and his performance is only succeeded by that of his co-star, Lindsay Shaw.  Together, Shaw and Serkis bring a level of chemistry you rarely see in video games.

Enslaved is out now on Steam in a special “premium edition.”  If you’re looking for a fantastic adventure game that mixes a equal parts Prince of Persia, Journey to the West, and Terminator, you know where to go.  You can also download Enslaved on the Playstation Network, if you’d rather play from the comfort of your couch.