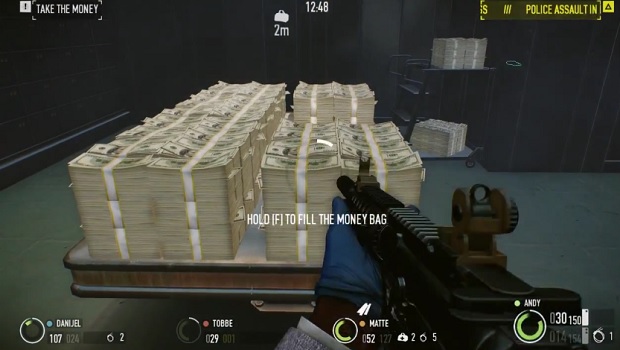 Playing Payday: The Heist is the closest I’ve gotten (and hopefully the closest I’ll ever get) to robbing a bank, but the team at Overkill hopes that the sequel will make the experience even more polished. The release of Payday 2 is just a few short days away and the developers have put out a new walkthrough video called “The Perfect Heist” to show off some of the new features and get gamers excited. The video features in-game footage of  some of the development team trying to pull off a stealthy bank robbery. Check it out after the break.

In addition to the walkthrough video, there’s some good news from Payday fans on Steam. If you already own the original Payday on Steam, you’ll get access to the Payday 2 beta for free until the August 13th release date.  Already pre-ordered your copy of Payday 2? You’ll get the future “Armored Transport Heist” DLC for free.