Payday 2 has been lining up the award nominations, and they’ve racked up some serious word-of-mouth PR during the recent beta. Well, it all comes together today as Payday 2 has officially launched. The 4-player cooperative heist title launch also brings with it a blast of new screenshots and a launch trailer to feast your eyes on. Let’s put our drill to work and crack open the PR piece for a nibble about the title:

The award-winning PAYDAY 2 casts gamers as a member of the infamous Payday crew as they work their way through the biggest, most elaborate heists of their careers using the all new Crime.net system, overseen by the mysterious Bain.

Designed from the ground up to be the ultimate four player, co-operative experience, PAYDAY 2 features four new skill trees — the charismatic Mastermind, the heavy Enforcer, the gadget-crazy Technician and the super stealthy Ghost — which, alongside a versatile weapon modification system and all new mask creator, gives players the chance to live out their fantasy of being a career criminal.

I’m so reading the second paragraph as Bane from Batman: The Dark Knight Rises now. “You merely adopted the safe cracking drill; I was born to it, moulded by it. I didn’t see the cheese sandwich until I was already a man, by then it was nothing to me but partially eaten!”  Thanks, Overkill Software!

The game hits for an awesome price of $29.99 on Steam and $39.99 on PSN and XBLA. You can also pick up the “Career Criminal Edition” priced at $49.99 on Steam and $59.99 at retail. We are deep into our review at this point, so stay tuned – you’ll hear plenty on this title from Breanna shortly! “We both know that I now have to show you the screens and video…*breathing*….You’ll just have to imagine the fire!” (you know you read that in Bane’s voice too) 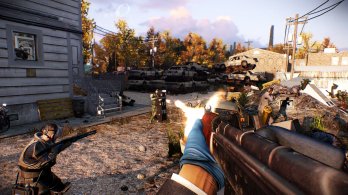 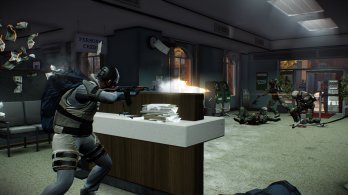 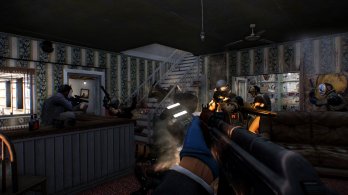 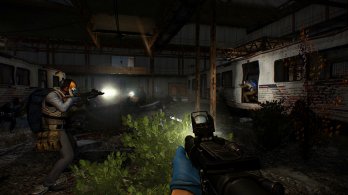 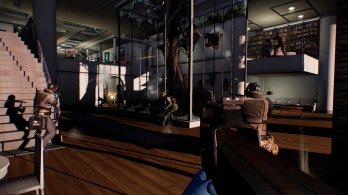 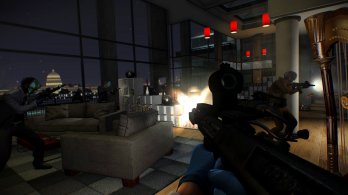 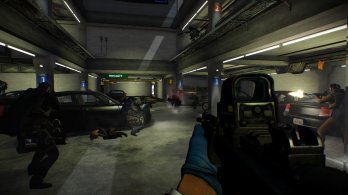 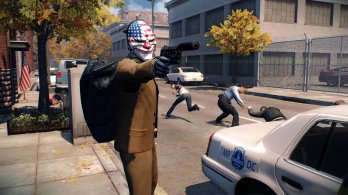 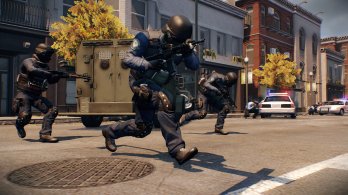 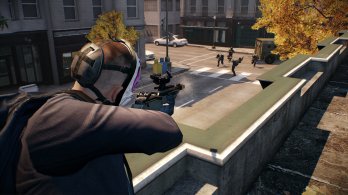