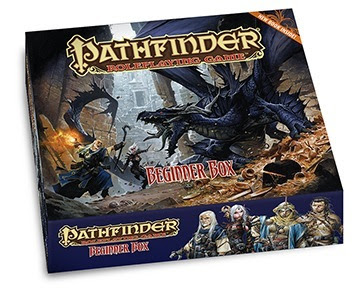 Since it’s start in video games, the Humble Bundle has expanded drastically in both scope and content. Recently Pazo Incorporated offered dozens of its sourcebooks as well as the beginner box, and as you can see below, the success has been enormous.

Held on February 24, 2016, the Pathfinder RPG Charity Marathon consisted of nearly 24 hours of live-streamed Pathfinder game play from around the world, and launched a massively successful 2-week Humble Book Bundle sales program. The Humble RPG Book Bundle: Pathfinder offered more than $300 of Pathfinder digital products at a pay-what-you-want price. Customers also got to choose how their purchase dollars were allocated between the publisher, Humble Bundle, Extra Life, Camden’s Concert, and assorted charities, raising more than $250,000 between them.

“The Humble RPG Book Bundle: Pathfinder allowed tabletop gamers all over the world to not just pretend to be do-gooders, but to actually do good. Together, we raised more than $250,000 for charity, and became the record-breaking Humble Books Bundle,” says Erik Mona, Publisher and Chief Creative Officer at Paizo Inc.

He continues, “We couldn’t have pulled off this effort without our amazing partners. Eric Tam and Kelley Allen led the charge at Humble Bundle, and the success of this program is due in large part to their dedication to launching the first tabletop RPG Humble Bundle. Also, our live-stream partners, gaming groups Dicestormers and Saving Throw show, helped Paizo to deliver nearly 24 awesome hours of live Pathfinder gaming live via Twitch on Paizo’s new channel at officialpaizo.twitch.tv. We want to thank every Pathfinder, new and veteran, who bought the Bundle, donated to Extra Life and Camden’s Concert, and participated in the live-streams.”

The Humble Bundle continues to offer deals like these for charities regularly, and while Paizo may be out for the moment RPGs are a regular feature.