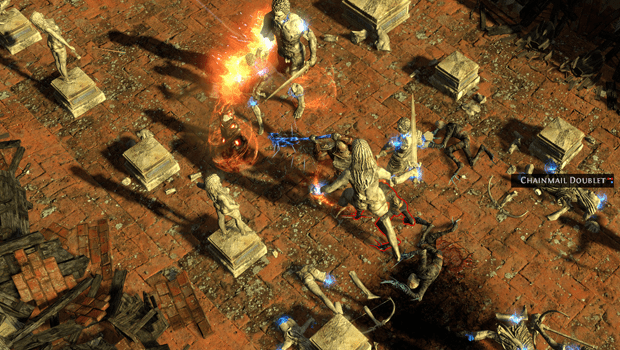 Path of Exile has received a patch today, deploying version 0.10.1 of this free-to-play Diablo-style dungeon crawler. Some bug fixes, some balance changes, but the bulk of the meat here comes in the form of 11 new map types for end-game map generation, and a good amount of aesthetic content updates. By the way, if you’re looking for an experience akin to Diablo III or Torchlight II that’s free to play, I really suggest giving this one a shot – for a game that’s still technically in beta, it’s a tremendous amount of fun, especially with friends. Patch details below.