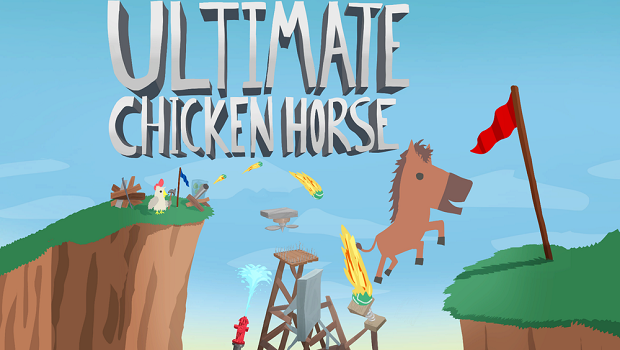 Clever Endeavour Games announced today its plans to bring the family-friendly party platformer Ultimate Chicken Horse to Xbox One, PlayStation 4, and Nintendo Switch later this year. The console ports will have an additional mode included, with PC gamers will also get an update which will include the bonus features.

Ultimate Chicken Horse is a platformer where players build a level as they play, placing traps and hazards to make a stage that is difficult for friends but not insurmountable to him or herself. The console versions will include an extension to Free Play mode that allows players to create fully-functional levels from start to finish, rather than placing obstacles in real-time. The chaotic action takes place over three gameplay modes for up to four players. Owners of the PC version of the game will have an update on console launch day that will add these features to the existing build.

Ultimate Chicken Horse is available now on PC, with a future release of Q3 2017 for Xbox One, PlayStation 4, and Nintendo Switch.