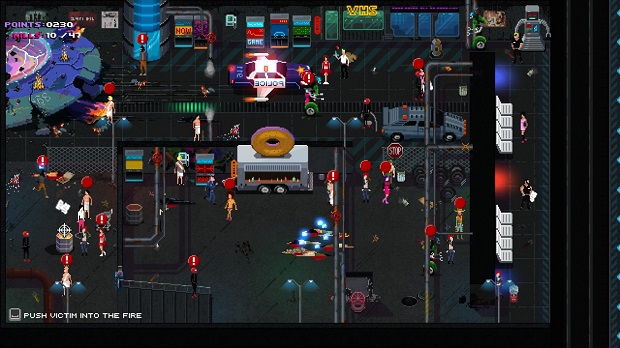 Party Hard producer Alex Nichiporchik has stayed true to his word and has continued to release new content for the game for free, not packaged as purchasable DLC.

The most recent update, nicknamed the After Party update, adds seven new levels. For those who have beaten the base game, the first of these levels will be unlocked automatically.

The new levels include a robot party, a zombie apocalypse party, a space ship party with aliens, and a psychedelic party. Some seem to be variations on previous levels, such as a more challenging Vegas Casino party, a party on a sinking boat, and a “really weird” Halloween party.

Whether it’s a new playable character, new in-game events, or even new levels, Nichiporchik doesn’t want to make fans pay to get their hands on additional content.

You can check out our review of Party Hard here.