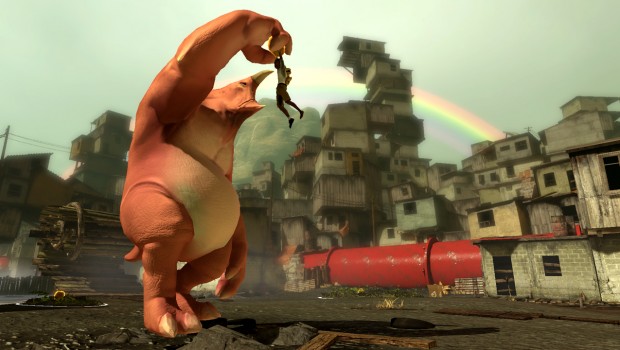 Last year we heard a lot about the PSN exclusive Papo & Yo but I never got to try it out because I didn’t have ready access to my PS3.  If, like me, you’ve been waiting to try it out today is your lucky day, because you can now get a copy on Steam, Amazon, and “other direct download platforms.”

If you’ve never heard of Papo & Yo, the developers describe it like this in the press release:

Papo & Yo tells the story of a young boy named Quico and his brutish, mostly-friendly pal named Monster, whose most threatening feature is not his set of razor-sharp teeth, but his addiction to poisonous frogs. After devouring one, Monster catapults into a violent rampage from which no one, not even Quico, is safe. As Quico, players must navigate a magical, imagination-fueled world to save their beastly companion from the biggest danger of all: himself.

If you’re eager and willing to try it out, you can find a discount by purchasing it from these stores before April 28.