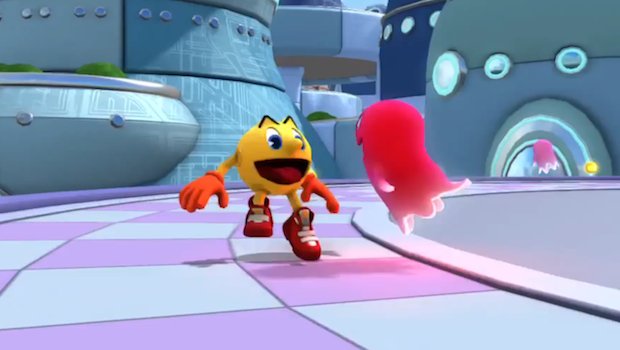 At E3, Nintendo announced that Pac-Man will be a playable character in Super Smash Bros. for both Wii U and 3DS.

In the Super Smash Bros. games, Pac-Man will generally maintain his humanoid shape, but when using specific attack moves, Pac-Man transforms into the iconic yellow round shape he had in his arcade debut in 1980. He also has his trademark actions such as throwing fruit or eating power pellets.

Super Smash Bros. will be released on 3DS on October 3rd in North America and on Wii U Winter of 2014.