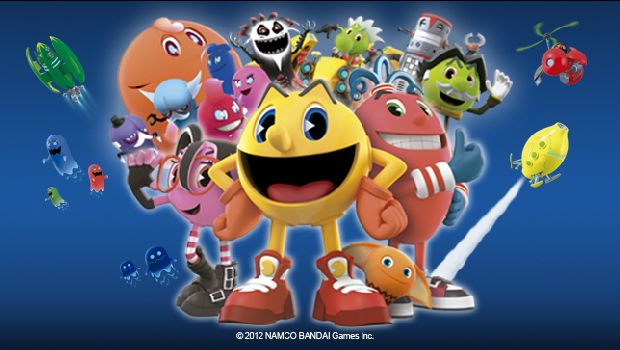 For the fans who wanted to get their hands on the new Pac-Man game, you will have to wait a little longer, but only by a couple of weeks. In a press release, it was announced that Pac-Man and the Ghostly Adventures will be available for the Xbox 360, PS3, Wii U, and Steam on October 29th while owners of a Nintendo 3DS system will be able to pick up their copy on November 5th. To show their gratitude for your patience, the developers have decided to throw in a little treat… an exclusive glow-in-the-dark poster –packed in all game units in all platforms while supplies last.

PAC-MAN and the Ghostly Adventures is a bustling and bonkers world of adventure, wackiness and charming characters built for a whole new generation of gamers. And now, players can look forward to fast-paced side-scrolling action with unique power ups in the 3DS game in less than a month. Not only that, Pac fans will be able to enjoy all-new multiplayer ghost chase modes and retro arcade-style mini games in the HD console game even sooner. For those who are attending this week’s New York Comic-Con, the PAC-MAN and the Ghostly Adventures multiplayer mode will be available for hands-on play at the NAMCO BANDAI Games booth for the very first time!

Fanatics of Pac-Man can follow what’s going on with the new game via the website:http://www.pacisback.com/en/