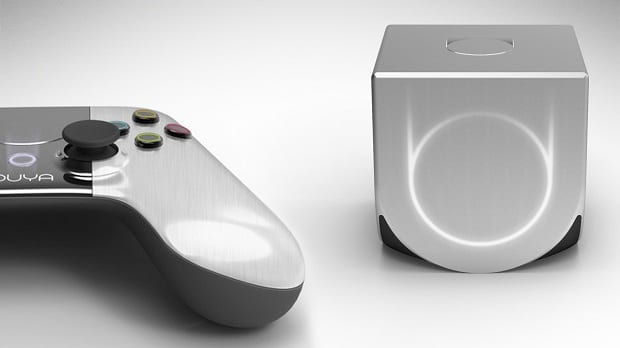 After raising over $8.5 million from backers and making news everywhere, Kickstarter success Ouya now has struck a deal with retailers to get the open-source console on shelves this June. In an interview with The Wall Street Journal, CEO Julie Uhrman revealed that the Ouya will be available from Amazon, Gamestop, Best Buy, Target, and others this summer. Pre-orders are set to begin online soon, as initial backers prepare to receive their consoles next month, ahead of the official launch.  Also revealed in the interview:

It remains to be seen how the device will actually stand up the scrutiny of a more widespread audience. The only people with hands-on Ouya experience at this point are developers, who in a recent Endgadget interview described the hardware as “exciting” and “pleasantly surpris[ing]”, despite acknowledging that it is “underpowered” compared to the current generation of consoles and that better mobile hardware is already hitting the market. As of today, I’m still sticking with what I said when this all started; those who were expecting to play AAA titles like Skyrim and Battlefield on the Ouya are likely to be disappointed, but it will definitely bring an interesting assortment of smaller and indie titles to the living room. And there’s only a few months to go until it gets there.