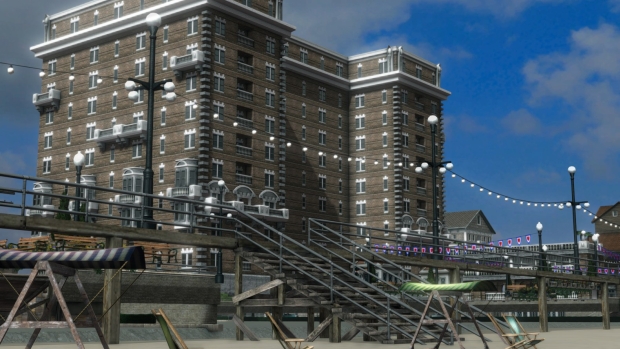 You remember Omerta: City of Gangsters? It was that unique strategy/crime game that quietly released a few months back. Well today Kalypso Media has announced that Omerta is finally available for all you Mac users out there. One big plus that the game features (apart from a name that is an absolute blast to say) is the inclusion of cross-platform multiplayer functionality on both Windows PC and Mac. I’ve always wanted to dip my toes into Omerta but never could get around to it. The idea of the Tropico developers creating a crime-based strategy game is something that I thought only appeared in my dreams.

Omerta – City of Gangsters is a simulation game with tactical turn-based combat. Taking the role of a fresh-off-the-boat immigrant, with dreams of the big life, the player will work his way up the criminal hierarchy of 1920’s Atlantic City, New Jersey. Starting with small jobs, his character recruits a gang and expands his empire by taking territory from other gangsters. Eventually he establishes his own crime syndicate and becomes the de facto ruler of Atlantic City.

The player strategically manages his business and his minions in a real-time format, slowly but steadily increasing his influence over the city. The player sends his henchmen out on missions ranging from assassinating an informant, to raiding a warehouse, springing a friend from prison, robbing a bank or attacking a rival gang’s hideout. Nobody is above the law in Atlantic City, so it always helps to have a little cash handy to bribe a policeman or pay off a politician.

To accompany this release, Kalypso debuted a new trailer for Omerta which can be found below. You can purchase Omerta: City of Gangsters on PC, Xbox 360, and of course, the ole Macintosh.