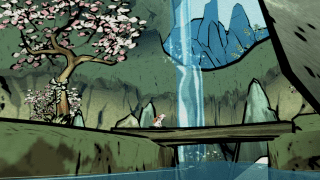 Okami was one of the greatest games of the last generation, and it’s coming back with a new coat of polish.  Considering the game’s stylish, painted graphics were already very beautiful, it should be a real looker.  If that wasn’t enough to get your blood pumping, you’ll also be able to use the Playstation Move to draw the games signature slash and bomb attacks.  Capcom announced that Clover Studio’s masterpiece is going to be released on the PSN in time for Halloween for $19.99.

To accompany the announcement, Capcom released a trailer giving a good idea of just how pretty the game should look.  I should warn readers who haven’t played the game before: this trailer is very ​spoiler-heavy.  It doesn’t give away too much of the story, but it does ruin some moments of the game that are much more powerful in their natural context.  Watch at your own risk!