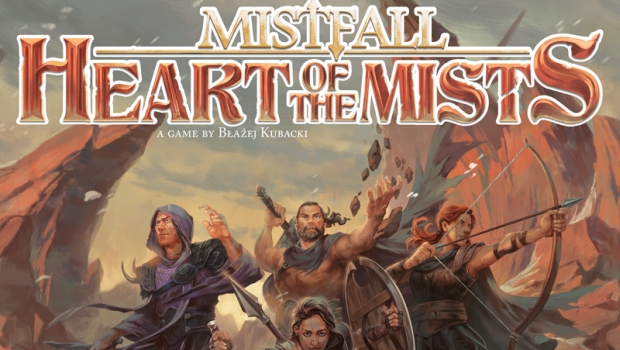 NSKN Games has had a few hits going for it with Mistfall and Exodus: Proxima Centauri.  Now they are expanding, not only with a new studio but a new stand-alone expansion for Mistfall.

NSKN Games is proud to announce the establishment of Strawberry Studio, a small yet dynamic publishing house focused on micro-games for families and gamers alike. Founded by Agnieszka Kopera, Andrei Novac and Błażej Kubacki of NSKN Gamestogether with Rainer Åhlfors, Strawberry Studio will release its first title this summer –
3 Wishes – in cooperation with Passport Game Studios.

We are also happy to announce that Heart of the Mists, the first big box expansion forMistfall, will seek funding on Kickstarter starting on May 10th. Featuring new heroes and monsters, beautiful artwork and a new ally system. Heart of the Mists is a stand – alone expansion which will let players continue the adventure and immerse themselves in the fantasy world of the perilous mists.

Most of these games are published by Passport Games Studios here in the US, but if you want to support NSKN directly you can look for Heart of the Mists on Kickstarter next week.  It’s good to see them branch out to family games as well, covering the entire spectrum of gaming.