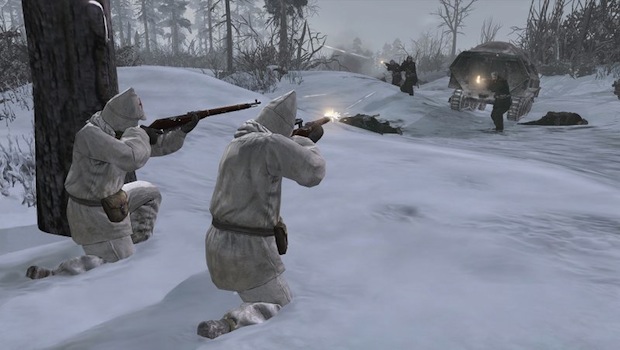 In one of the early announcements from this week’s big event down in Tinseltown, Twitch revealed its plans for a program that looks to bolster the ability to capture highlights for games that are broadcast live. Likening it to traditional sports broadcasting, the online toolkit will allow software developers to seamlessly integrate stats, highlights, and a host of other social media-oriented goodies into their games. Twitch has decided to showcase the new tools using the upcoming Company of Heroes 2, hailing it as the perfect arena to bring together talented players and explosive gameplay footage.

Some of the abilities that Twitch plans to combine with the frenetic pace of a war game like Company of Heroes 2 will include such things like showcasing the top highlight from a given week, match, or day, along with full transparency for checking out the performance of their content. In this vein, they’ll be able to keep track of what’s hot (and what’s not), subsequently allowing for greater levels of customization and traffic-boosting insight. By maintaining a diverse catalogue of footage, players who tune in will get the best look at other gamers’ strategies, thus improving their own gameplay immeasurably:

With our new SDK, developers will be able to share events and statistics about what’s going on in the game alongside the video itself. All kinds of things will be available, from what map a broadcasted game was on to a running total of the number of bricks ever placed. There’s huge room for creativity here from both developers and players. – Emmett Shear, Twitch CEO.

The number of things to be excited about in terms of Company of Heroes 2 continues to rise, and you can learn more about the current open Beta test that was recently announced. The added functionality (see image below) that Twitch will add to CoH2 looks downright badass. As for Twitch, they’ve continued to make a big name for themselves on both the software and hardware scenes since the brand launched in 2011. Some of their high-profile partnerships include those with EA (Origin), Activision (Call of Duty: Black Ops II) and several more. In addition, new partners who will be leveraging Twitch capabilities include CCP Games (EVE Online), and a personal favorite, Gaijin Games with their epic World War II combat flight simulator War Thunder.

Currently, about 35 million people engage in some form of activity on Twitch every month, whether for broadcasting, viewing, or discussion. You can learn more about the SDK at www.twitch.tv/p/developers, or check out the main site at http://twitch.tv. If you’re attending this year’s E3, you can meet Twitch reps in person at Booth 235 in the South Hall. 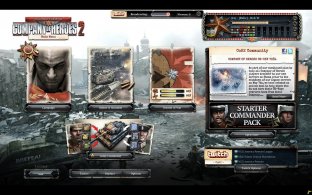