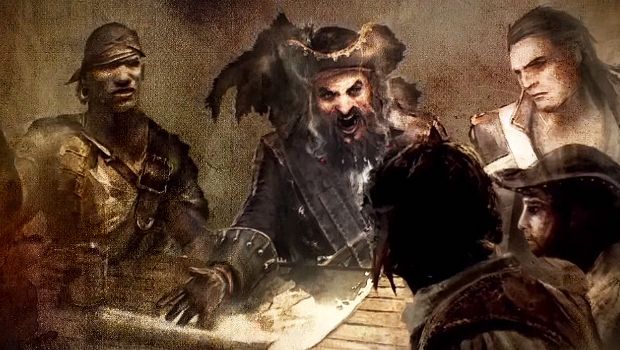 I’ve been a fan of novels based on video games for a long time. My affinity for them started with books based on the Myst series which succeeded in drawing me in and immersing me entirely in the universe. Since then, I’ve read novels based on a variety of video game franchises such as Starcraft, Halo, and Mass Effect. Assassin’s Creed also has a series of novels that take place in the fictional universe of the game, and Ubisoft has announced that Assassin’s Creed IV: Black Flag  will receive the same treatment.

The story will follow the pursuits of a young captain named Edward Kenwa, how he came to be known as one of the world’s deadliest pirates and as his involvement in the battle between the Templars and the Assassins. Penguin Group will be publishing the novel on November 26th, 2013.