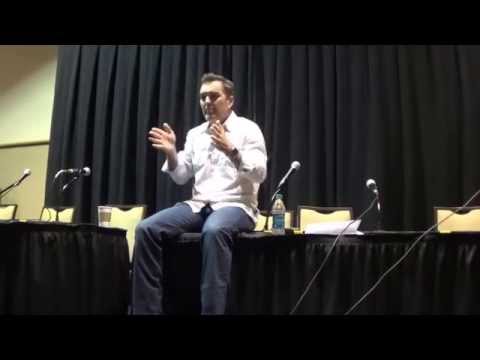 At North’s Metrocon panel earlier this week, the voice of Nathan Drake explained that after Hennig’s departure from Naughty Dog, Last of Us directors Neil Druckmann and Bruce Straley took over the project and made a significant amount of changes, including basically starting the project over from scratch.

The Last of Us guys came in, and you have to understand, new producers, new people, they want to do it,” North explained. “I don’t know what happened, exactly. Amy is still a very, very dear friend of mine, and she’s brilliant. But the Last of Us guys were the next team there, so they took over. They just wanted their own flavor. They got rid of some of the other people that were involved and just redid their thing. “

North went on to explain that the transition in directors resulted in some team members being replaced, which led to Troy Baker’s casting as Nathan Drake’s brother Sam. Along with some personnel changes, North says that Druckmann and Straley’s taking over the project did result in somewhat of a tonal shift from previous Uncharted games, but was also adamant that A Thief’s End would stay true to what fans have come to expect.

The tone, I think, is going to be slightly different,” he said. “It has to be, you know? You can’t have … a Robert Ludlum novel is not going to be the same as Stephen King. It’s just that they’re different styles. But it’s true to the story.”

Uncharted 4: A Thief’s End was initially meant to launch in 2015, but was delayed until next spring earlier this year. Before the game was properly revealed at E3 2014, many were questioning the state of the game after writer Amy Hennig left Naughty Dog in April of last year. While the game does seem to be on track, it’s clear from North’s account that a lot changed for Uncharted 4 after Druckmann and Straley took over.

A Thief’s End took home Gaming Trend’s Game of the Show award for this year’s E3, and Naughty Dog will be showing fans the game’s extended demo later this week.

For more on Uncharted 4, check out our thoughts on the extended look we got of the game.