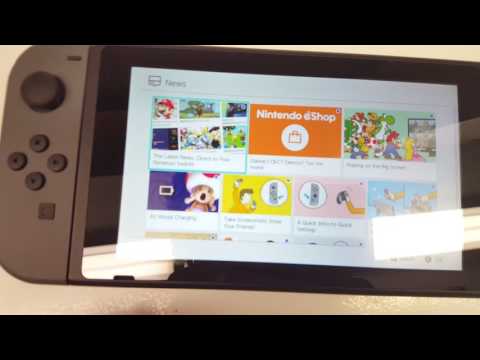 The Nintendo Switch will not have a Virtual Console library at launch, Nintendo announced today.

A press release from Nintendo states:  “Virtual Console games will not be available on Nintendo Switch at launch.” No word on when a dedicated Virtual Console service would come to the Switch was given beyond a promise that Nintendo “will share more information in the future.”

Details on the possibility of Virtual Console support for the Switch were noticeably absent at Nintendo’s live presentation of the console last month, despite reports from last year indicating that the Switch would see digital downloads of GameCube games via the emulation service.

The lack of a Virtual Console platform at launch means that we will have to wait until we find out how Nintendo plans on rolling out its vast library of retro games. If the process is anything like it was on the Wii U, which asked consumers to repurchase games they had already bought via the Wii’s Virtual Console, Nintendo stands to invite even more criticism than it has already garnered for the Switch’s obscure pre-launch campaign.

Today’s press release also confirms that the Switch will allow users to transfer funds between Switch, Wii U and 3DS via a shared Nintendo Account. This was previously alluded to in a leaked video of someone showing off an unboxed Switch console that was allegedly obtained by illegal means.

A broadcasted live presentation was also announced today, which will showcase some of the indie games coming to the Switch later this year. Nintendo has previously confirmed that 60 games are being brought to the transforming console this year, including three launch titles: Fast RMX, Shovel Knight: Specter of Torment, and Shovel Knight: Treasure Trove. The presentation will be held on February 28.

Nintendo Switch launches worldwide on March 3. We recently featured our own unboxing of the console and did a side-by-side size comparison with other handheld consoles.