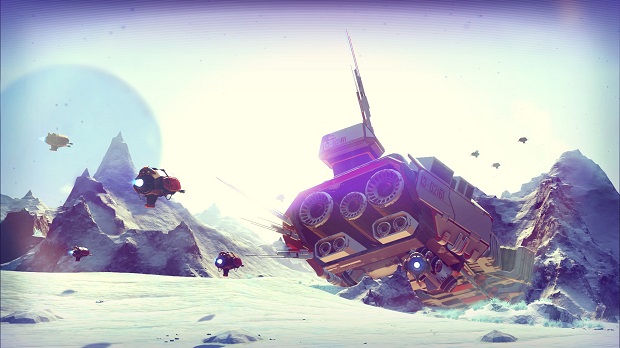 No Man’s Sky is coming to PlayStation 4 first, and will come to PC in the future, but there’s no word on an Xbox One version yet. However, while speaking on the Inner Circle Podcast, Microsoft’s Chris Charla said that while he “would love to see [No Man’s Sky]” come to the platform, that was ultimately up to developer Hello Games.

When Microsoft’s parity clause that says a game must come to Xbox One before other platforms to be on the system was brought up, Charla prefaced that what people are spreading might not be Microsoft’s true policy, and that developers should reach out the company if they have questions.

“If you’re worried about policies,” he said, “we try to be really easy to get in touch with. When we talk to developers, we try to be really transparent. Don’t assume that something you read on Neogaf is our policy, just talk to us.”

Head of Xbox Phil Spencer explained the reason for the parity clause was to keep Xbox users from feeling like they were second class.

Based on this conversation, however, it does seem likely that No Man’s Sky is not currently in development for Xbox One, regardless of whether or not it will eventually come to the platform.