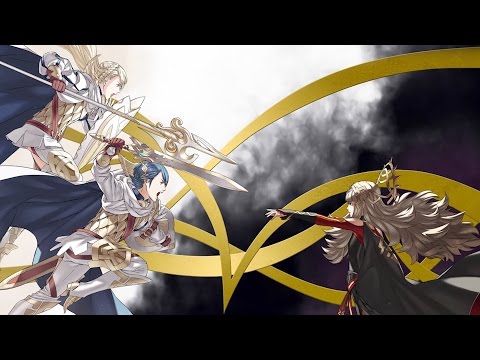 The game will be available on Android devices on February 2, while an iOS version is currently planned to arrive later this year. Android users can pre-register for the app right now on Google Play.

Fire Emblem Heroes - Trailer
Like other Fire Emblem titles, Heroes is a turn-based strategy game. Players assume the roles of ‘summoners,’ who have the power to summon characters from past Fire Emblem games — as well as new characters — into battles. The game is displayed and played in portrait mode, and battles play similarly to those of other strategy games; players may drag and drop characters onto map tiles to move or attack enemies. The game will also feature the signature ‘weapon triangle’ of Fire Emblem (red beats green, green beats blue, blue beats red).

Fire Emblem Heroes will be Nintendo’s first game to embrace a free-to-play system (though their game-esque social app, Miitomo, experimented with microtransactions). Players may unlock new characters through a randomized vending machine-style system for a currently undisclosed price.