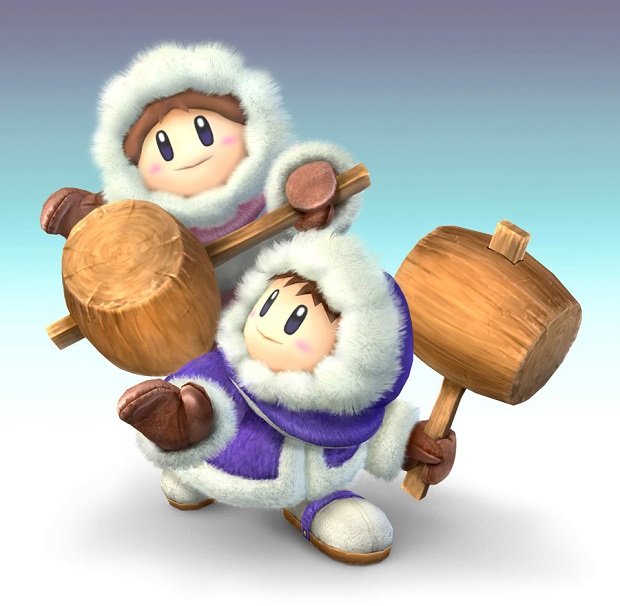 Since the 3DS version of Super Smash Bros. is out in Japan, there are fans who are wondering why certain series veterans aren’t showing up in the latest iteration of Nintendo’s cross over.

The most notable omission to some is the paired fighters the Ice Climbers, who have been in the series since the GameCube’s Super Smash Bros. Melee.

Game director Masahiro Sakurai explained in a column on Famitsu that the Ice Climbers were running and playable in the Wii U version, but due to technical limitations, were giving Nintendo trouble on the 3DS version of the game.

The Ice Climbers weren’t given priority treatment required to get them functional on the handheld because of the low probability of a new installment in the character’s series, and were ultimately cut from the game.

Super Smash Bros. for 3DS is out in Japan now, and is coming to the states on October 3rd. The Wii U version is currently under a “Winter 2014” umbrella, but there’s evidence that a November release date is awaiting confirmation.

For more on Super Smash Bros., check out our preview from this year’s E3 of both the Wii U and 3DS version.