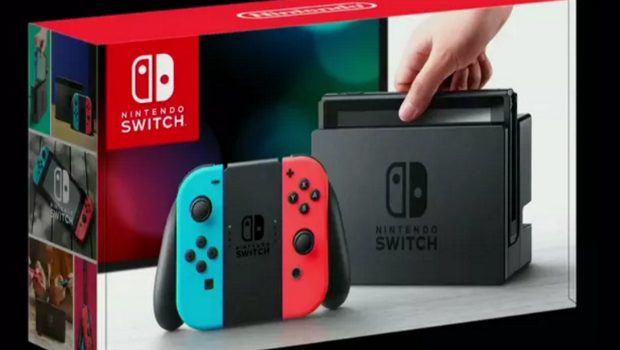 During a live presentation last night, Nintendo revealed that the Switch will be released on March 3, 2017, and it will cost $299.99 US.

The portable console will be released worldwide on March 3 and — unlike past Nintendo consoles — will be region-lock free.

The console will come with a left and right JoyCon controller, a JoyCon Grip, a Switch docking station, an HDMI cord, and an AC power adapter, along with the newly revealed JoyCon wrist wraps (much like those of Nintendo’s Wii remotes). Units will be available with either standard gray controllers or neon red and blue controllers.

Nintendo also announced that The Legend of Zelda: Breath of the Wild will be available for Switch at launch (no word on the Wii U version). Other announced games coming to Switch include 1-2-Switch, a party game based on the JoyCon controllers; Arms, a wacky competitive boxing game; and Super Mario Odyssey, which has been confirmed to be the mysterious 3D Mario game featured in the Nintendo Switch reveal trailer.

For more on the Nintendo Switch, check out our list of all the announcements from last nights presentation.