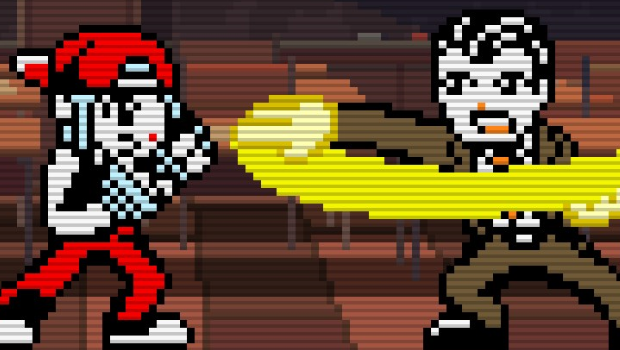 The Nintendo Switch is quickly approaching the horizon with the much anticipated The Legend of Zelda: Breath of the Wild attached to its hip. Today, Nintendo decided to show indie developers some love with its Nintendo Switch Nindies Showcase.

Here is a quick rundown of what was featured during this presentation.


Image & Form Games is back with the sequel to the award-winning, dirt digging exploration game, Steamworld Dig 2. Play as Dorothy as you search the underground for secrets and your long lost friend.

Steamworld Dig 2 will be released this Summer.

Runner3 will be available this Fall exclusively for Nintendo Switch. Check out our review of the previous game here.

Yooka Laylee has officially been confirmed to be released for the  Nintendo Switch. Huge worlds with a unique cast of characters come to life in this collectathon created by members of the team behind N64’s favorite bear and bird duo. Control Yooka and Laylee in an exciting platformer complete with its own multiplayer mini games perfect for the Switch. Read more about it here.

Top-down shootouts and side scrolling vehicular combat thrive in this installment of the Blaster Master franchise. The game offers several gameplay modes and will include a two-player mode as well as numerous character cameos.

Blaster Master Zero will be released on Nintendo Switch and Nintendo 3DS on March 9th.

Turn-based strategy, online and local multiplayer, and 12 campaigns are offered in this turn-based strategy game. Command your troops and take over your opponents on the campaigns maps or design your own battlefields for your friends to take you on in.

Wargroove will be released later this year.

Take the fight anywhere with Pocket Rumble, a 2D figher from Chucklefish Games. This game promises a deep battle system with integration of HD rumble. When you get hit by a strong attack, you’re really going to feel the punch.

Pocket Rumble launches exclusively on the Nintendo Switch in March.

Help a small seed travel up a large mountain in this physics-based game. Obtain more than 30 upgrades to overcome a variety of challenges and enemies. With HD Rumble, you will feel the seeds move along the screen in the palm of your hand.

Tumbleseed will be released this Spring.

Play alone or with friends as you venture through several kitchens to become a master chef able to take on an evil, but edible force that threatens your world. Play alone or with up to four friends in local co-op or take on each other in various competitive challenge modes. This special edition includes all of the original game’s content as well as the DLC.

Overcooked: Special edition will be released later this year.


The creators of “Stick it to the Man” are back in this interesting and puzzling adventure game. Penny (spoiler alert) died and death is on vacation. She must now help ghosts with their problems on The Otherside.

Flipping Death is coming to the Nintendo Switch later this year.

The Escapists 2 – Team 17 and Mouldy Toof

What’s better than more prisons? More prison breaks! Escape with up to four friends/accomplices in drop-in/drop-out co-op as you work together to escape tremendous multi-level prisons and avoid getting put back in the slammer.

The Escapists 2 will be released later this year. Check out our review of the PS4 version of the game here.

Break in and shift through bullets and walls in this top down action game. Get hit once and it’s game over. Use your skills to dodge everything in the room and take out your enemies. Feel every punch, shot and crash with HD rumble.

Mr. Shifty will be released this April.

The open-ended, farming and country-life RPG finally lands on Nintendo consoles. But you don’t have to go at it alone. You can also bring your friends with multiplayer in Stardew Valley for the first time on any console.

Stardew Valley is set to launch this summer.

Retro City Rampage brought us a great parody of 8-bit gaming with a top down sandbox, but now the format is back in 16-bits with Shakedown Hawaii. This time, parodying big business and the white collar crimes that come with it, you can explore and build your criminal empire in order to take over the island in this exciting spiritual successor.

Shakedown Hawaii will launch in April first on Nintendo Switch.

Rule a kingdom alone or with a friend as you explore your domain or the wild, finding its treasures and its terrors. Your choices together will determine if your subjects are full of hope or despair.

Kingdoms: Two Crowns will be released later this year.

Get ready to die often in this difficult roguelike, score-based platformer. Follow an interesting story between Ikk, Death and a space whale named Sally. As you play, the levels are procedurally generated, encouraging you to try again and again.

GoNNER is being released first on Nintendo Switch with tailor-made content later this year.

This side-scrolling arcade shooter has you piloting the Graceful Explosion Machine (GEM), an overpowered vehicle used to completely obliterate swarms of crystalline enemies.

Dandara will be released sometime this summer.