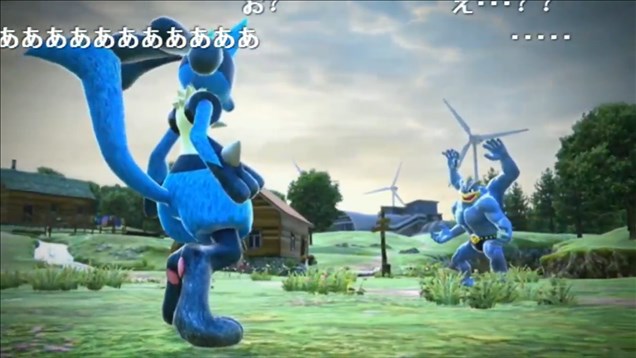 The game is a fighting game that is being developed by Namco Bandai’s Tekken team. Pokken Tournament will be released in arcades sometime in 2015 and then subsequently brought to the Wii U. Despite being a fighting game Namco’s Katsuhiro Harada said that the game won’t be too complex for those who aren’t fans of the genre, and is aimed at a wide audience.

Nintendo teased this announcement last week, saying it would be a different direction for the series, which has had many genre-spanning spin-offs outside its usual turn-based RPGs.

More recently in the Pokemon space, Nintendo has been revealing many new details about the upcoming Pokemon Omega Ruby and Alpha Sapphire, having shown off many of the new Mega Evolutions such as Mega Altaria, Mega Salamence, Mega Lopunny and Mega Slowbro.