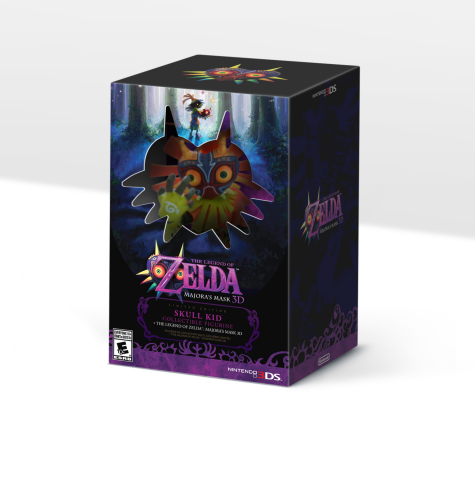 Nintendo has revealed the collector’s edition for The Legend of Zelda: Majora’s Mask 3D.

The $49.99 collector’s edition will come with a figurine of the Skull Kid from the game. Nintendo didn’t release a proper image of the figure, but did show off the game’s packaging that shows a glimpse of what the Skull Kid may look like.

Nintendo revealed that it would be remastering Majora’s Mask for the 3DS at the end of last year. The company has plans to alter some of the game to make it more accessible to players who didn’t experience the game on the Nintendo 64.