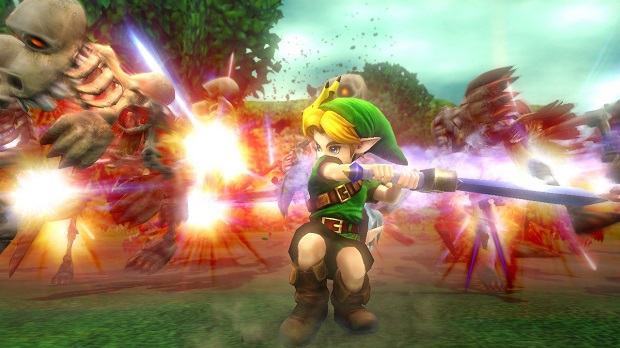 Nintendo announced that Hyrule Warriors would be getting Majora’s Mask DLC next month, but now it has revealed the entirety of what that entails.

Along with Tingle and Young Link being available as playable characters, Majora’s Mask’s overworld, Termina, will be a new level, and Sheik, Lana, and Impa will all receive alternate costumes.

Hyrule Warriors has brought out game-specific DLC before, having released Twilight Princess-themed characters and other content at the end of last year. The Majora’s Mask DLC is coming on February 5th in celebration of Majora’s Mask 3D’s launch one week later.