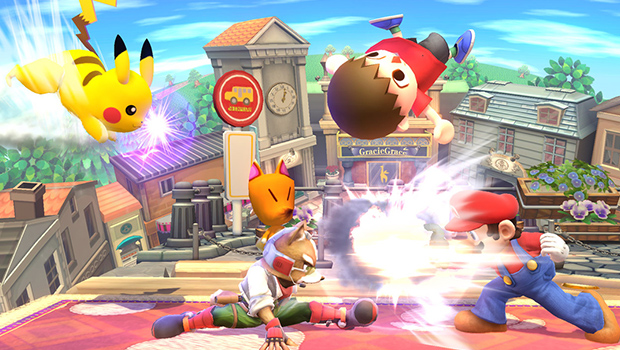 Today, Nintendo announced exact details on how you’ll be able to play the upcoming Super Smash Bros Wii U next month. The game won’t be out until this winter but thanks to Nintendo’s partnership with Best Buy, you’ll have a chance to try out the brawler at select Best Buy stores around the country.

At least 100 Best Buys will host the event dubbed “Super Smash Bros. Smash-Fest”. It will take place on June 11 from 4-9 p.m. and June 14 from noon to 5 p.m. All local time. Those stores will be running the same demo that Nintendo will showcase at E3 2014. Nintendo has not mentioned which characters or stages will be available in the 4 player demo but you can check out the list of participating Best Buys here.

As a bonus incentive to show up at the event, those who pre-order Super Smash Bros Wii U at Best Buy on June 11 or June 14 will receive a “rare collectible Super Smash Bros. gold coin.” As well as a $5 My Best Buy Rewards Zone certificate. Super Smash Bros 3DS, on the other hand, will soon be out this summer.