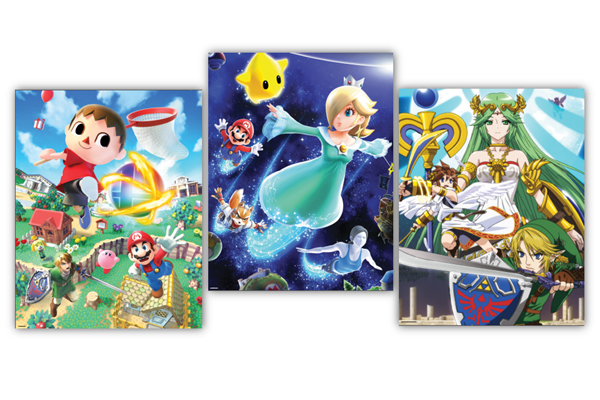 Nintendo has added three posters to the North American Club Nintendo rewards based on Super Smash Bros. for Wii U and 3DS.

The three posters include art based on reveal trailers for three of the game’s new additions, namely Rosalina and Luma from the Mario series, Animal Crossing’s Villager and Palutena from Kid Icarus. You can get all three posters in a set for 700 Club Nintendo coins, each of which are 22″ x 28″ in size.

Super Smash Bros. for Wii U is coming to the console on November 21st alongside the first wave of Amiibo figures.

For more on the latest installment in Nintendo’s crossover franchise, check out Gaming Trend’s review of the 3DS version, as well as a list of characters we still want to see appear in the franchise.