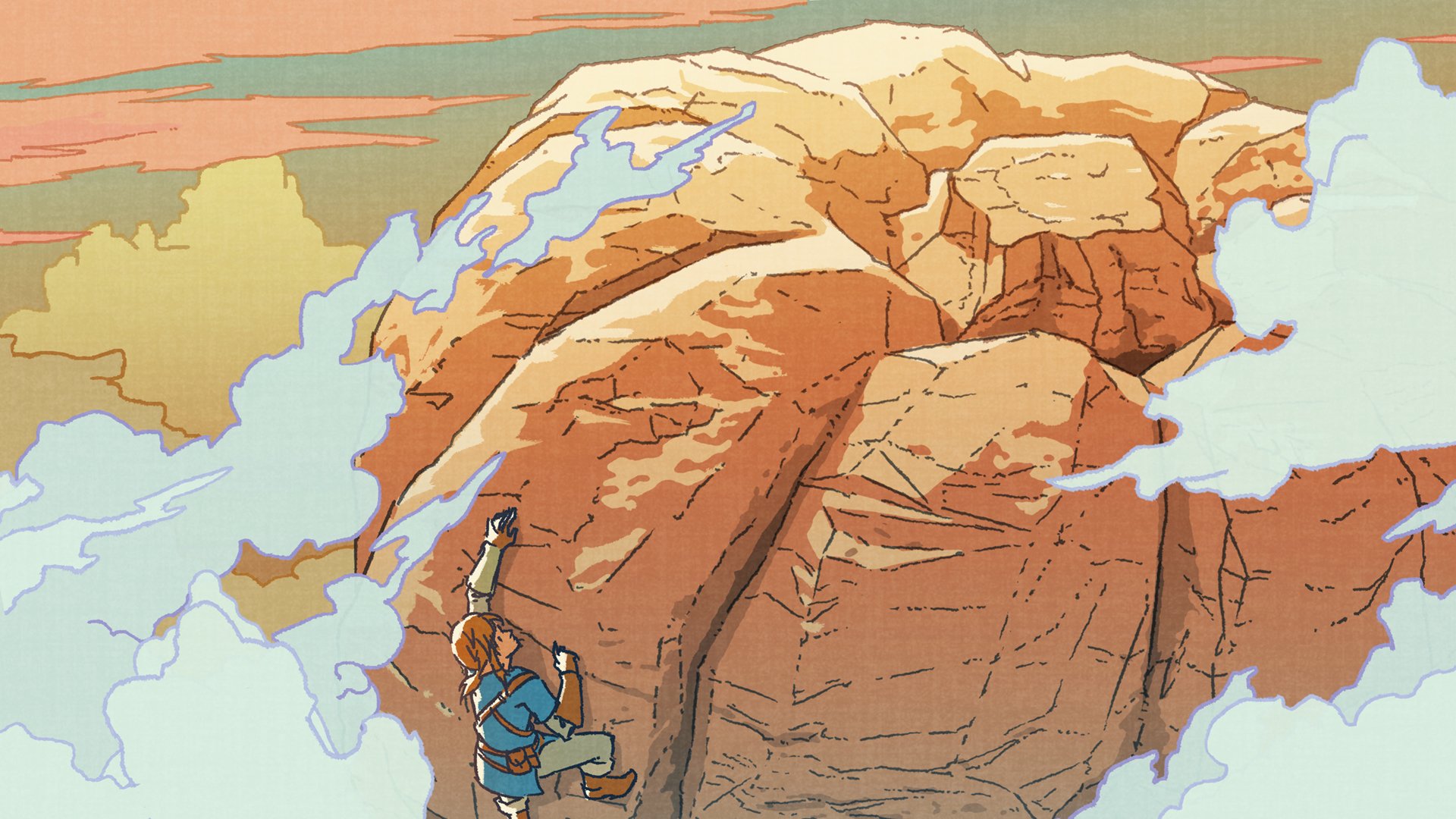 Nintendo has recently been rolling out bits of details about their highly-anticipated Zelda title, occasionally dropping hints about its backstory and possible links to previous games. A recent tweet from the company, however, gives us an idea of what Link gets up to during the Halloween season.

An image tweeted by Nintendo this morning — via the official Japanese Zelda Twitter account — shows an image of Link climbing an enormous pumpkin. Don’t get excited, though; judging by the hand-drawn aesthetic of the image, this is most definitely not a screenshot of Breath of the Wild in action.

Judging by the multitude of released gameplay trailers and our E3 demo, climbing will play an integral role in The Legend of Zelda: Breath of the Wild. For the first time in the franchise, Link is able to climb nearly every visible edifice, provided his stamina bar isn’t depleted. The game will also feature controlled jumping, sneaking, sprinting (which also appeared in Skyward Sword), and snowboarding.

The Legend of Zelda: Breath of the Wild is due out next year on both Wii U and the recently unveiled Nintendo Switch. Though no release date was given, previous reports have indicated that the game will be released within six months of the Switch’s launch period.