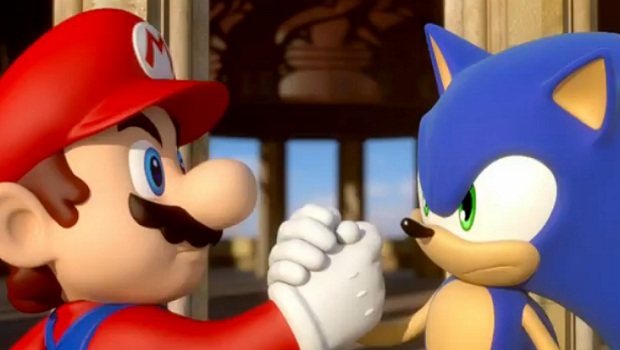 During today’s Nintendo Direct, Nintendo Global President Satoru Iwata announced that a new partnership between Nintendo and Sega means that the next entry in the Sonic the Hedgehog series will be exclusive to the Wii U and 3DS. More details about the new game, called Sonic Lost World, will be revealed sometime ahead of E3 2013. This is a rare highlight amidst a string of bad news for Nintendo, as EA confirms that it has no games in development for the Wii U and continued poor sales figures mean that the Wii U is being outsold by its predecessor. From the announcement:

“The onetime rivalry between Mario and Sonic has grown into a friendship that has never been closer,” said Nintendo of America President and COO Reggie Fils-Aime. “These announcements in conjunction with SEGA demonstrate the commitment we have to bringing great games to the Wii U platform, and set the stage for our upcoming announcements at E3.”

Another upcoming title, Mario and Sonic at the Sochi 2014 Olympic Winter Games, was also announced. In addition, the new deal between Nintendo and Sega means that classic Sega Game Gear titles like Column Warriors and the original Sonic the Hedgehog will be coming to the virtual console for the 3DS. The full Nintendo Direct announcement is available here.