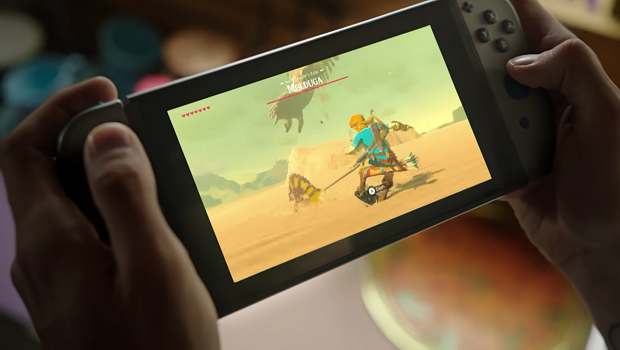 In anticipation for the upcoming Nintendo Switch, Nintendo has released its advertisement for the console which will premiere on network television during Super Bowl LI. The trailer shows footage from Legend of Zelda: Breath of the Wild as it highlights the upcoming console’s features.

During the fourth quarter of the matchup between the New England Patriots and the Atlanta Falcons, Nintendo will broadcast the trailer for its upcoming Nintendo Switch. The 30-second spot features a man playing Legend of Zelda: Breath of the Wild from the comfort of his bedroom, which he also displays on his television. The trailer features the Imagine Dragons song “Believer”, which came out earlier this week.

Additionally, there is an extended cut of the ad that features footage from games such as 1-2-Switch, ARMS, Ultra Street Fighter II: The Final Challengers, and Splatoon 2, among other titles. The extended cut is available to view below.

The Nintendo Switch and Legend of Zelda: Breath of the Wild will be released on March 3. Stay tuned to Gaming Trend for more Nintendo news.