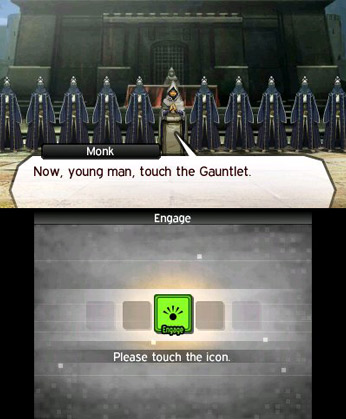 In another context, the line in that screenshot might seem creepy, but in Shin Megami Tensei IV, it sets you off on an incredible journey.  It also sets you back $49.99, but then it is a full retail release.  Most of the other releases available for download this week aren’t nearly as expensive.  Let’s take a look.

Limited Time Offer: Club Nintendo members who buy Shin Megami Tensei IV and Fire Emblem: Awakening  and register both by 8/31 will receive a $30 credit in the Nintendo eShop.  That’s like getting Fire Emblem for $10 or SMT IV for $20! Quite a good deal.