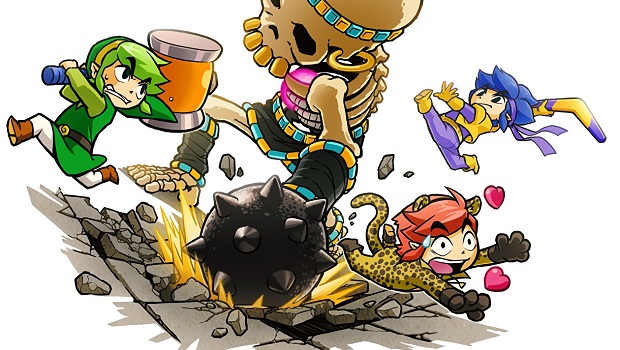 Nintendo has confirmed that The Legend of Zelda: Tri Force Heroes won’t support any amiibo figures.

Speaking to IGN, game director Hiromasa Shikata cited the co-op game’s established custom outfits for the lack of planned figure support, and explained that the company would rather not force the functionality if it couldn’t help the game.

I think it’s really something as simple as this game isn’t a natural fit for it,” Shikata explained. “I think [that’s] because we’re focused on giving players the ability to choose different outfits to impact their experience within the game. We didn’t think amiibo added anything other than what games with it are already doing.”

“There’s no reason to shoehorn it in,” he concluded.

Tri Force Heroes was announced during Nintendo’s E3 Direct presentation, and allows up to three players to play cooperatively as different versions of series protagonist Link. Nintendo says the 3DS game will be available later in 2015.