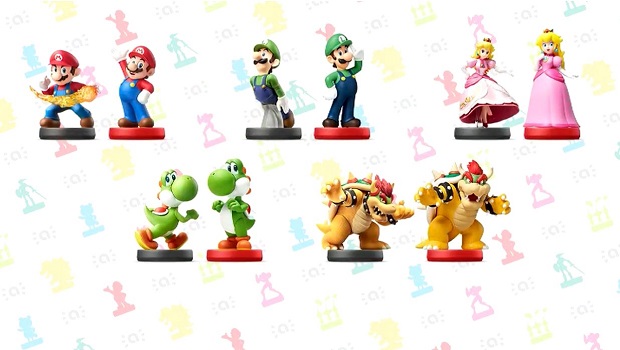 Nintendo has announced that it will be rolling out two new waves of Amiibo figures in the coming months.

First up is the latest in the ongoing Super Smash Bros. line. The fourth line of Smash Amiibos will feature Robin, Lucina, Pac-Man, Wario, Ness, and Charizard. All of them will be supported by Smash Bros. for Wii U, allowing players to store custom character data. Nintendo gave no concrete launch date for this line, simply saying they would be released in the Spring.

Also announced were the first Amiibos not directly connected to Smash Bros. Nintendo confirmed that six Super Mario figures will launch alongside Mario Party 10 on March 20th. This includes alternate versions of Mario, Luigi, Peach, Yoshi, and Bowser, while also giving Toad his first Amiibo figure. Each of the figures will have functionality in Mario Party 10, as well as share the same functionality with their Smash line counterparts.