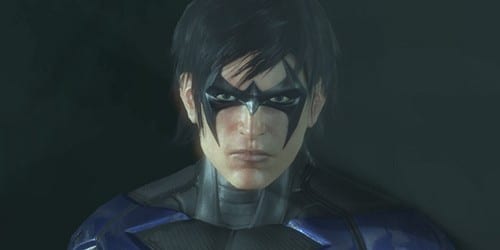 There has been some discussion whether Dick Grayson should be included as part of the current Batman movie trilogy.  The character of Robin has been loved and hated throughout the different Batman incarnations.  He’ll get his very own look in Arkham City, when he visits as this alter ego Nightwing.  Here’s what we have from the publisher:

Featuring the intense melee skills of Nightwing, a.k.a Dick Grayson, the trailer showcases the character’s punishing arsenal of fighting moves that can be used against Arkham City’s hardened thugs.  Nightwing comes complete with his own unique gadgets and special moves, and is playable in all challenge maps in the game, as well as two additional challenge maps that are included with the pack: Wayne Manor and Main Hall. The pack also contains a bonus Animated Series Nightwing character skin.

Not convinced you should buy this DLC?  Then check out the video below to check out his moves in action.