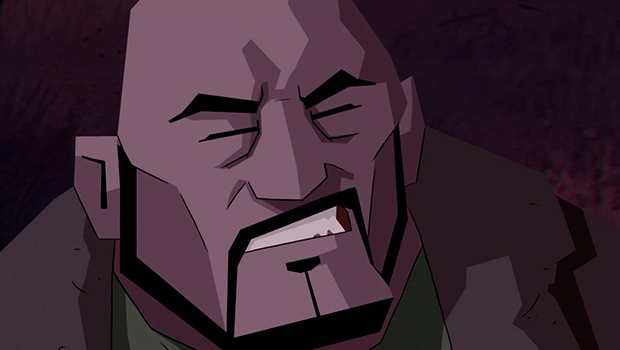 Dead Synchronicity: Tomorrow Comes Today is a 2D adventure game that takes place in a dystopian world. Developed by German developer Fictiorama Studios, developer/publisher Daedalic Entertainment, known for their adventure games such as The Night of the Rabbit, will be publishing Dead Synchronicity across global territories. Publishing duties also include English localization.

The game is described as dark and suspenseful with influences from classic adventure games such as Sanitarium (one of my personal favorites), and challenges the player to solve the identity of the story’s protagonist and discover what brought the world to ruin.

Dead Synchronicity will release in digital episodic format on PC, Mac, Linux, and iPad, with the first episode currently in a playable alpha state available on the studio’s website.