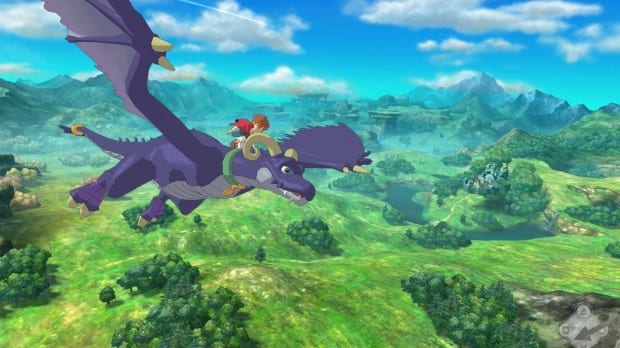 After a painfully long wait for the English localization (Japan release: November 17th, 2011 — US release: January 22nd, 2013), the long-awaited Level-5/Studio Ghibli collaboration Ni no Kuni: Wrath of the White witch is finally in stores. There isn’t much else I can say about it that I haven’t said before, so I’ll let Namco Bandai do the talking:

Ni no Kuni: Wrath of the White Witch is developed by LEVEL-5, the studio behind the smash hits Dragon Quest VIII, Dragon Quest IX, and theProfessor Layton series. LEVEL-5 collaborated with the legendary Studio Ghibli to create the cinematic cut-scenes in Ni no Kuni: Wrath of the White Witch. Studio Ghibli is world renowned for creating memorable anime masterpieces including My Neighbor Totoro, Castle in the Sky andSpirited Away. The in-game music was composed by Joe Hisaishi, famed composer of musical scores for over 100 films including many of Studio Ghibli’s greatest productions, and was performed by the Japanese Philharmonic Orchestra.

“Ni no Kuni: Wrath of the White Witch is the culmination of work from three of the most prolific and talented parties in Japanese entertainment today. Level-5, Studio Ghibli, and Joe Hisaishi have all contributed their key talents to create a truly enthralling and fantastic game,” said Carlson Choi, Vice President of Marketing NAMCO BANDAI Games America Inc.  “The visual magic, storytelling prowess, and memorable score in Ni no Kuni: Wrath of the White Witch will surely capture the hearts of PlayStation 3 gamers and leave them with lasting gameplay memories for years to come.”

I’m so excited about  this game that I bought a regular edition copy to play while I wait for my Wizard’s Edition (the one with the fancy book) to ship… what?

Ni no Kuni: Wrath of the White Witch is available exclusively on PlayStation 3 as of today, and retails at $59.99 in stores. Digitally minded consumers can save a few bucks by grabbing it on the PSN for $54.99.

Seriously, go get it.