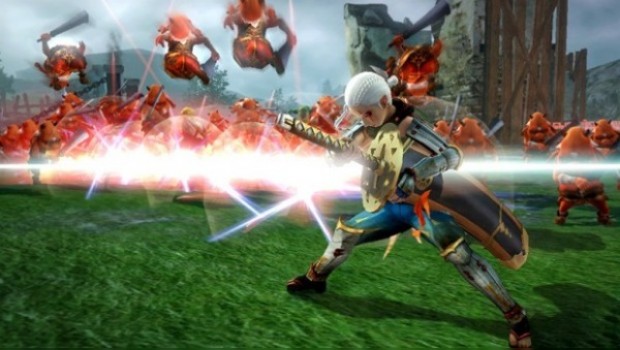 Nintendo is planning on discussing the next update for Hyrule Warriors at Tokyo Game Show next week.

Word of this comes from the game’s official Japanese Twitter, that tweeted out the following [translation via Siliconera]:

“We plan to hold a game competition for Hyrule Warriors at Tokyo Game Show on Saturday. By all means, those of you who are confident in your skills, go check it out! We’ll also have the latest information on the next update, along with a demo!”

Hyrule Warriors last update fixed bugs and added a new mode to the game called Challenge Mode. What this new update could contain is currently unknown, but we’ll find out between September 18th-21st during this year’s TGS.

Hyrule Warriors is coming exclusively to Wii U on September 19th in Europe and September 26th in North America. For more on the game, check out our preview from this year’s E3.